Master the Art of Imagination: 7 Tips for Creating Vivid Images in Your Reader’s Mind

One of the most powerful tools a writer has at their disposal is the ability to create vivid images in the reader’s mind. When done effectively, this can transport the reader into the world of the story, immersing them in the sights, sounds and emotions of the characters.

Here are a few tips for how you can create pictures in your reader’s mind:

The key to creating pictures in your reader’s mind is to use descriptive language. This means using adjectives and adverbs to describe the sights, sounds, and sensations of the scene. For example, instead of saying “the sun was hot,” try saying “the sun beat down mercilessly, its rays searing the skin.” This gives the reader a much clearer picture of the scene and helps them feel like they are there.

Another important tip is to ‘show’ your reader the scene rather than simply ‘telling’ them about it. For example, instead of saying “Sarah was sad,” try describing the tears streaming down her face or the way her shoulders heaved with sobs. This gives your reader a much more concrete image to hold on to and helps them feel like they are truly experiencing the scene.

A great way to create pictures in your reader’s mind is to use sensory details. This means describing what the characters see, hear, smell, taste and touch. For example, instead of saying “the flowers were beautiful,” try describing the way the petals felt soft and velvety under the character’s fingertips or the way the fragrance of the blooms filled the air.

Figurative language, such as metaphors and similes, can also be powerful tools for creating pictures in your reader’s mind. For example, instead of saying “the sky was blue,” try saying “the sky was a clear, endless blue, like a tranquil ocean.” This not only gives your reader a more vivid image, but it also helps them understand the character’s emotional state.

Choosing strong, specific verbs can also help bring a scene to life in your reader’s mind. For example, instead of saying “he walked,” try saying “he sauntered,” “he strutted,” or “he stomped.” These verbs give your reader a much clearer idea of the character’s movements and help bring the scene to life.

Another important element to consider when trying to create pictures in your reader’s mind is the setting. Describing the physical surroundings of the scene can help the reader feel like they are really there. For example, instead of saying “they were in a house,” try describing the creaky old floorboards or the way the sunlight filtered through the lace curtains.

In conclusion, creating pictures in the reader’s mind is a powerful tool for writers. By using descriptive language, showing rather than telling, using sensory details, employing figurative language, choosing strong verbs, creating a setting and using dialogue, writers can transport their readers into the world of the story and help them feel like they are truly experiencing the sights, sounds and emotions of the characters.

If you want to take your writing to the next level and learn how to create vivid, immersive images in your reader’s mind – put these tips into practice and see the magic happen. 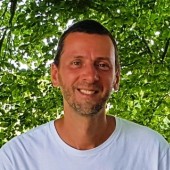 How to Use Writing as a Therapeutic Tool

How to Inject Energy and Power into Your Writing

Are You Struggling to Keep Your Blog Going? How to Overcome Time and Motivation Challenges